Photography is all about the light, regardless of whether you are using the light from the sun or strobes to get great shots. There is also another way of lighting your shots creatively though: light painting. It’s a general term which covers multiple light painting methods, and a lot of fun.

Light painting with your camera

This is relatively easy to do, and there are several different ways of achieving great effects. You could try a zoom burst as one way in which you can paint with light, or you can combine a long exposure with a moving light source such as car lights or fireworks.

In this photo a strobe was used to ‘freeze’ the dj, with a zoom burst also applied during the two-second exposure to ‘paint’ with the background lights.
Alternatively, you can combine these two techniques and physically move the camera during a long exposure. Any light sources in the frame will be blurred, creating abstract patterns in your image. Your movement with the camera can be as random or as considered as you like, depending on the result you are after. Another approach is to use a strobe and an exposure of around one second. The flash will freeze the subject, while the long exposure will give you time to light paint by moving the camera.

Light painting behind the camera

This is a way of lighting specific parts of your subject by combining a long exposure with a flashlight or similar portable light source. For this type of photograph you are definitely going to need to use a tripod, as you will be working at night and the exposure times are going to be very long. Once you have set up and composed your shot, set your camera to its Manual mode and set a shutter speed of around 20 seconds at an aperture of ƒ/8. While the exposure is being made, use your flashlight to ‘paint’ light onto the subject. Review your shot to see which areas need more or less light, and whether you need to adjust the exposure settings.

Light painting in front of the camera

As well as directing light onto your subject from behind the camera, you can also move into the scene to paint with light, using anything from a flashlight or strobe, to a glowstick or sparkler—anything that will create light in the darkness. As before, you will need to use a tripod, as exposure times can vary from several seconds to minutes. Once you have got the composition set, activate your camera’s 10-second self-timer (so you can get into position) and trigger the shutter.

For this abstract image a torch was suspended on a string, directly above the camera. In total darkness the torch was turned on and gently swung until it was producing even loops. once the torch was swinging smoothly, the shutter was opened for 20 seconds to record just the movement of the light.
When the shutter opens it’s time to start making shapes and patterns in front of the camera with your light, which will hopefully complement the scene you are taking a photo of. If you don’t want to be seen in the shot it is a good idea to wear dark clothes, and to use a very long exposure so that the light patterns are visible, but you don’t register as you move around in the dark.
In Simple Scene Sensational Shot, Simon Bond shows you how to turn the ordinary into the extraordinary. From altering your angles to trying out HDR and making the most of bad weather, any situation can be turned into a superb shooting opportunity.

Grouping your photos for presentation

How to create stunning silhouettes

Getting a handle on spot metering

How to photograph a dark subject against a light background 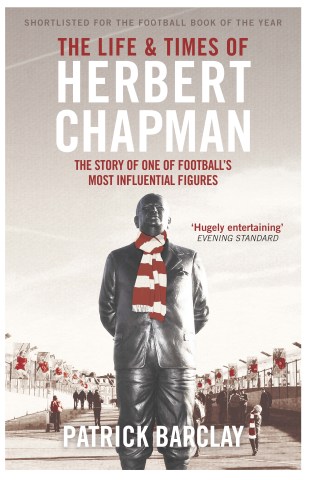 Making the most of minimalist compositions